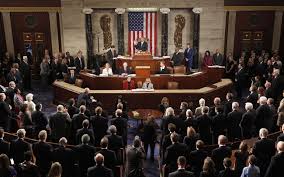 Over the last few weeks we have been covering multiple stories about problems with water quality in specific area as well as failures in our water infrastructure. This problem is not new and unfortunately has no longer become important news. It has become such an accepted situation that inaction in our local and national government has also become acceptable. Our health and right to safe, toxin free water has been overshadowed by greed and in some cases corruption. We are going to site a few such instances, not to focus on the water quality, but to focus on the level of inaction which was taken by our representatives. These people whom are to have our best interest in mind and fight for us, our unwilling to acknowledge the severity of the issue. The consequences suffered by officials at fault in Flint should certainly be mirrored across the country, until reform is mandated.

We will start with the most recent article we covered on our Facebook page from The DesMoinse Register. This segment starts to sound uplifting and like a positive move in the right direction, until the last sentence. "Cedar Rapids Mayor Ron Corbett, mentioned as a possible Republican candidate for governor in 2018, said Tuesday he endorses the Iowa Water and Land Legacy Coalition's efforts to raise the sales tax by three-eighths of 1 cent during the Iowa Legislature's 2017 session, which convenes in January. He spoke during a teleconference call with Iowa reporters in which coalition leaders announced expanded backing for the sales tax initiative.

Corbett joins six other Iowa mayors supporting the coalition's plans for a sales tax increase, which would include money intended to reduce water pollution linked to runoff from Iowa's farm fields. The other mayors are Frank Cownie of Des Moines, Jon Kruse of Storm Lake, Bob Scott of Sioux City, Jim Erb of Charles City, John Lundell of Coralville and Ed Malloy of Fairfield.

Corbett said the sales tax money would help provide an "Iowa solution" to the state's water quality problems instead of a remedy mandated by the courts or federal officials in Washington, D.C. The money would be directed to the state's Natural Resources and Outdoor Recreation Trust Fund, which has been empty since Iowa voters overwhelmingly approved the fund's creation in the 2010 election."

That is correct. An overwhelming vote in 2010 made this issue a top priority and it has done nothing even 6 years later. No action against the factory farming that is polluted the water or any activity to fund Natural Resources and Outdoor Recreation Trust Fund has happened. In fact it is merely a talking point for the 2018 election.

Here is a scary quote from Polk county in FL. We covered this a couple months ago and were surprised that more national coverage was given.

“No matter what Mosaic does at this point, some of the damage is done,” Marshall said. “They are not going to get all of that water back. As long as we continue phosphate mining in this state, we are going to continue having these large pools of radioactive water and radioactive waste.”

That is a scary quote. Now that quote accompanied a discussion about a 45 ft. wide by some 300 ft. deep sink hole that was emptying on of these large pools of radioactive waste into unknown locations with unknown consequences. The sinkhole was discovered by a Mosaic worker on Aug. 27, but residents weren't notified of its potential reach until Sept. 11. The Floridan aquifer supplies water to nearly 10 million people and is a major bottling source for Zephyrhills bottled water.

Protecting companies and big business seems to be the first priority.

This article could go on and on. We plan on continuing to focus on this lack of action and concern for our health. In the meantime, it is up to you. Make sure you at least have your best interest in mind, nobody else does. 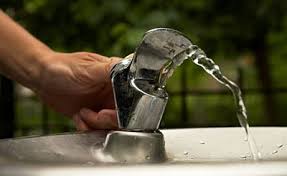