Direct Quote From the EPA regarding our tap water 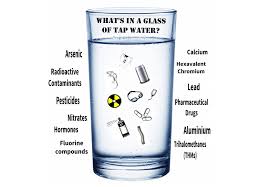 "The United States enjoys one of the best supplies of drinking water in the world. Nevertheless, many of us who once gave little or no thought to the water that comes from our taps are now asking the question: “Is my water safe to drink?” While tap water that meets federal and state standards is generally safe to drink, threats to drinking water are increasing. Short-term disease outbreaks and water restrictions during droughts have demonstrated that we can no longer take our drinking water for granted."

This is the first statement given in WATER ON TAP What You Need To Know by the EPA. This is a consumer's guide to the nation's drinking water. It obviously does not ooze confidence. Over the next couple weeks we will be breaking down segments and statements presented in this guide to help you understand what state our water truly is in and what steps you need to take in order to protect yourself and your family. Water is not a renewable resource. Our situation will get worse before it gets better. Now for the really scary part, this was from 2009, before Flint, Portland, Corpus Christi, San Diego, Riverside, Houston, or Jacksonville were even on the map.

Be concerned with words such as "generally." Generally was used for the bare minimum in this statement. It implies that the cities that successfully meet the federal drinking water standards are not always safe to drink. That means that even if the city follows all the rules and has no unforeseen variables, the stars align perfectly, and nothing goes wrong, the water is "generally" safe to drink. You should be "generally" concerned.

We hope for better regulation and transparency but, until then the obvious conclusion is to take matters into our own hands. Find out what systems best suit your needs.