It is no surprise that our water is filled with disinfectants in order deliver potable water. Water can come from a variety of sources, such as lakes and wells, which can be contaminated with germs that can make people sick. Germs can also contaminate water as it travels through miles of piping to get to a community. To prevent contamination with germs, water companies add disinfectants to kill disease-causing germs such as Salmonella, Campylobacter, and Norovirus. While most people talk about chlorinated tap water, a growing number of municipalities are implementing an alternative disinfectant, chloramine, in place of chlorine. We will help you understand the difference between the two as well as how it affects you and your choice for water filtration. 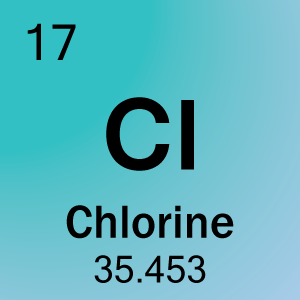 Chlorine was the original disinfectant used in US municipalities, with Jersey City being the first city to implement a chlorine-based system in 1908. Still today, chlorine remains the primary disinfectant in the majority of municipalities in the US, because of its effectiveness and low cost. While tap water disinfection using chlorine has a long track record, there are two major downsides to using chlorine as a disinfectant altogether.

Chloramine: A 'New' Alternative to Chlorine 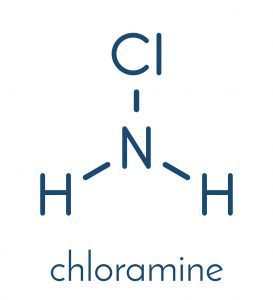 Chloramine is an alternative disinfectant that has gained popularity with a growing number of municipalities (including Washington, DC) because it directly addresses the two major problems with chlorine-based disinfection.

Despite these advantages, chloramine isn’t without its own shortcomings. For example, when a municipality switches over to a chloramine-based system to comply with DBP regulations, the level of pipe corrosion inhibitor needs to be increased, because chloramine-treated water is more corrosive than chlorine-treated water. Washington, DC did not properly do this when they switched over to a chloramine-based disinfection system in the early 2000s, and the city underwent a 5-year lead contamination crisis where more than 42,000 children under the age of 2 were exposed to high levels of lead, putting them under great health risk.

How Does Chloramine In My Tap Water Effect Me?

Fortunately, chlorine is very easy to remove from tap water to improve the taste. For example, if you fill a water jug and leave it in your fridge uncapped, within a day or two, the chlorine will volatilize and go away. Common filtration pitchers, refrigerator pitchers, and under sink filtration systems are also good ways to remove chlorine taste and odor from tap water.

Chloramine, on the other hand is much harder to filter, and most “big name” water filters are not designed to remove it. A special type of activated carbon, called catalytic carbon, is the best tool for the job. High quality water filters that use catalytic carbon in their filter formulation also offer broad protection against other contaminants in drinking water.

eWater prides itself on making sure your water is not only aesthetically pleasing but, healthy as well. We use catalytic carbons, in combination with other media options, because we know what's in water. Our job is to remove harmful impurities as well as educate you on how and why we are doing it. We hope this helps.